My top black and whites

This is the gangster movie that made James Cagney.  It’s the story of a couple of friends, one grows up to be a priest and the other a gangster.  The ending is intense.

This excellent silent drama proves the silent era was cut short just as it was reaching its pinnacle.  It’s easily one of the best silent films made and a great showcase for Gish’s tremendous talent.  She plays a young woman moving to Dust-Bowl-Depression-era Texas where she is haunted and being driven mad by a freakish sandstorm,  isolation and a stalker.  If you don’t mind spoilers check out these fantastic closing scenes.

This fast paced comedy helped define the slapstick genre.  It stars Katharine Hepburn and Cary Grant.  The laughs come so fast and constant that during the first view you’ll miss half the jokes from laughing .

This is a hilariously witty comedy starring the great Bette Davis. It’s one of Davis’ finest performances, and that’s saying a lot.

I love this gangster movie starring Humphrey Bogart, Lauren BaCall and Edward G. Robinson (love them all) where a hurricane turns the tables on some gangsters who are holding a Florida hotel hostage.

Another great Bogart and BaCall.  This one is based on a classic Raymond Chandler LA noir novel.  If you haven’t seen a Bogart and BaCall try this one.  I will warn you the plot gets fairly twisted; but a lot of people like that.

A comedy of manners starring Katharine Hepburn, Cary Grant and Jimmy Stewart.   Jimmy Stewart earned his only Oscar with this performance.  That’s enough for me.

This is an absolutely gorgeous black and white film which is like watching a child’s nightmare. Robert Mitchum’s a creepy, preacher-clad murderer stalking and hunting two siblings until he meets Lillian Gish’s wonderful character in a false prophet verses true prophet showdown. There are so many beautiful and memorable images in this film which makes excellent use of light and shadow. 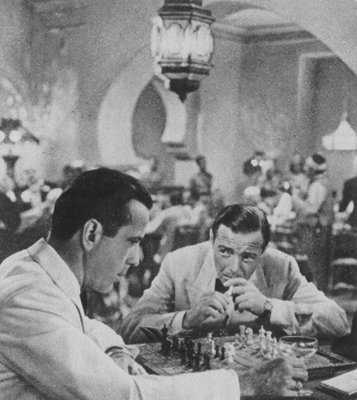 This is just plain classic.  It’s so well made and acted in every area.  It has a great cast (even the smallest characters) including Peter Lorre, a favorite of mine.  I only wish he had more screen time. 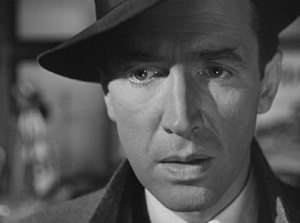 Love it.  It’s Frank Capra and Jimmy Stewart!  See it any time of the year. 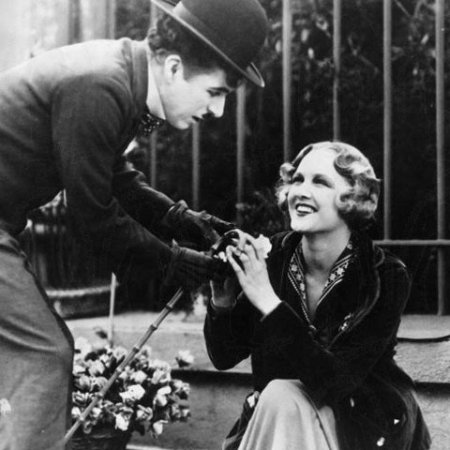 This silent is hilarious and touching and spectacularly smooth flowing.  This is not only my favorite black and white movie by my favorite movie of all. Chaplin was the master.  Also, the final scene is easily one of the best scenes ever fillmed.  Again, see my earlier posts (See These Movies, An Eloquent Silence).